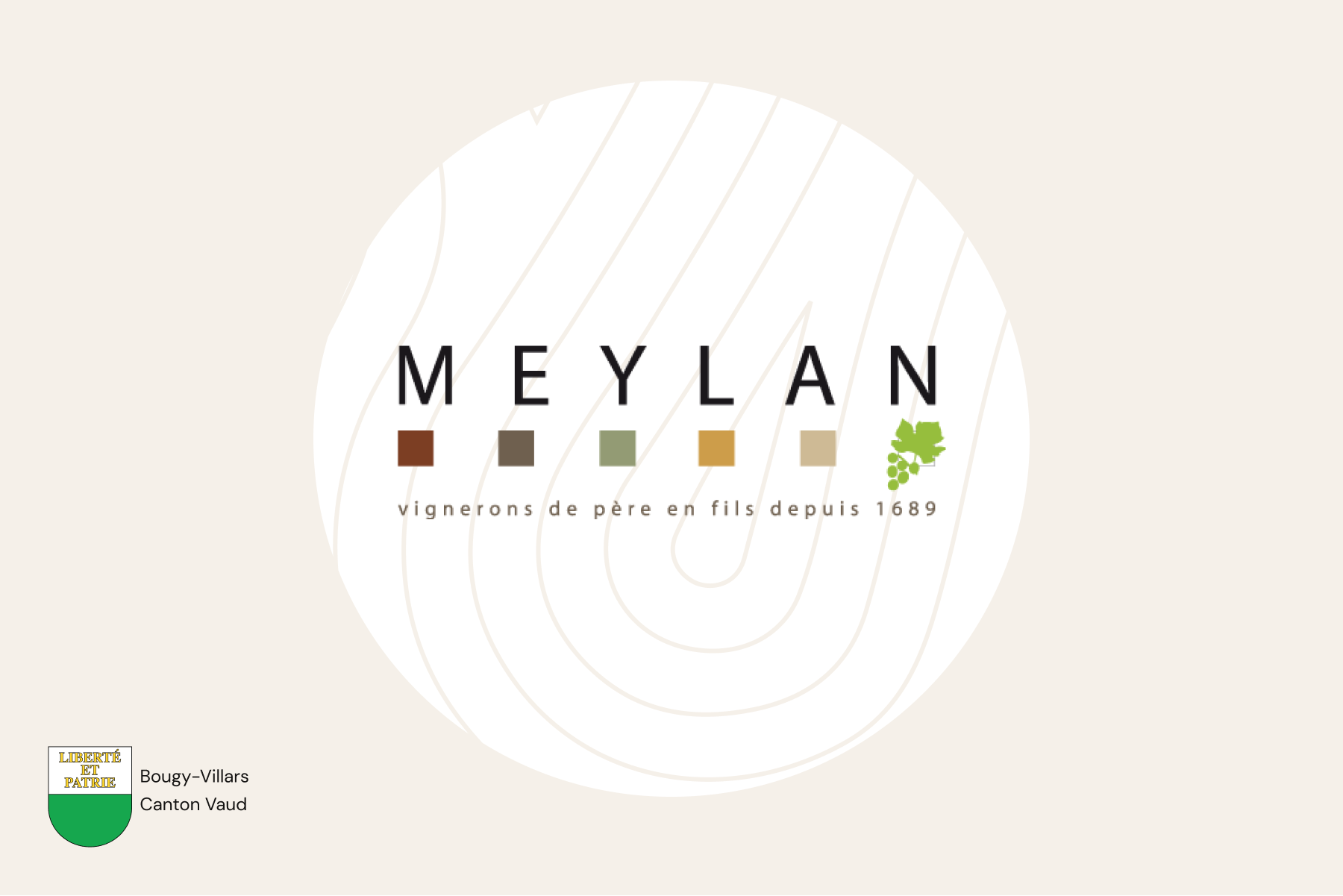 The Meylans belong to an old family from the canton of Vaud, which has had its family seat on La Côte since 1689. It was not until 1968 to see the first bottling on the estate under the guidance of Charles-Henri. In 2003, his son Sébastien gradually took over the management and bought an additional 2.8 ha of vineyards. Before that, he had gained academic and professional experiences. He notably followed 3 years of apprenticeship in the federal wine training institutes of Pully and Changins, which he completed with an exchange in Germany in the Rheinhessen region. Here he was inspired by various techniques of the region, especially in the making of sweet wines. After studying viticulture and oenology, he obtained his federal master of winemaking degree and continues to train apprentices at technical schools in Vaud.  Charles-Henri retired in 2018 and handed over the estate completely to his son.

A pioneer in the vineyard work, Sébastien’s father was one of the first winegrowers in the appellation Féchy to leave some grass between the rows of its plots. The Meylan winery is certified by the Vinatura label for environmentally friendly cultivation. Sébastien is continuing his father’s efforts and is working his land as naturally as possible to keep it as healthy as possible, for example adding legumes in the rows to provide nitrogen and make the vines breathe. Although the winery has not yet obtained organic certification, Sébastien practices the majority of treatments according to their principles while allowing himself to use synthetic products in case of extreme necessity. A tinkerer at heart, he is in the process of producing a natural Cabernet Franc, that is to say without added sulphite, which he should be bottling soon.

The winery covers 10 hectares, made up of 29 plots spread over the communes of Bougy, Féchy, Perroy, all in the Féchy appellation, and in the communes of St-Livres and Lavigny, in the Morges appellation. The annual production of the Meylan winery is around 20'000 bottles. They cultivate 15 grape varieties for around 10 AOC La Côte wines, with Chasselas de Féchy accounting for the largest volume. His experience gained in Germany allows Sébastien to produce an excellent sweet Gewürztraminer wine, which has won medals in numerous regional and national competitions. The wines of the estate are divided into 4 ranges: «the originals», including traditional Chasselas and Pinot Noir wines; «the unique», comprising aromatic white and red grape varieties; «the innovative», which benefit from aging in barrels and finally «the festive», including rosé, sweet, sparkling and wines that change every year.